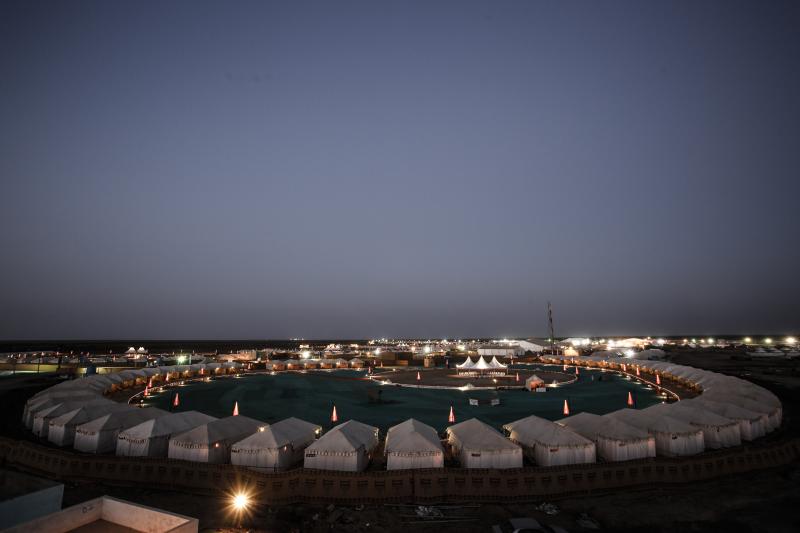 The grand remnants of Dholavira toss light on Harappan culture and uncover the arranging and construction modeling that maps the ascent and fall of this sublime civilisation. Placed on an island encompassed by the Greater Rann of Kutch, the remaining parts of Dholavira are a sample of the wonders of hydro-designing aced by the antiquated.

The city, it appears, was genuinely imperative amid the Indus Valley days as unearthings have discovered confirmation of seven layers, demonstrating the same number of settlements more than a time of 1500 years. Notwithstanding its cruel area, the city was an essential exchanging point and the developers of Dholavira concocted mechanically sound water-collecting frameworks to pander to the needs of an extensive populace.

There is proof of water gathering frameworks, a system of tanks and lakes that supply water and even a sewage framework vastly improved than in a large portion of our present day urban communities. The remnants at Dholavira is isolated into three zones: the fortress (where the rulers or high authorities stayed), the center city and the lower city. Archeologists have recognized seven separate stages in the city plan and distinctive antiques found around the burrows.

For some odd reason, civilisation subsided after the seventh stage and the site was never possessed again. A few history specialists accuse the absence of consumable water, as the salt skillet of the Rann of Kutch may have rendered the water excessively harsh for utilization