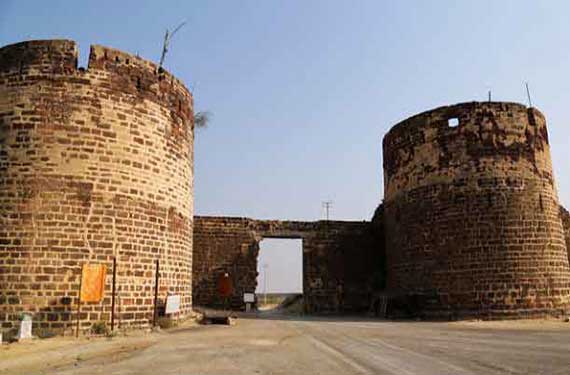 Lakhpat, the ancient historical town of Kutch and currently Taluka place is quite popular in terms of religious importance and its history dated back to more than 800 years. Lakhpat is located at the mouth of the Kori Creek and at 33 km from Narayana Sarovar, 130 km from Bhuj, 40 km from Mata no Madh and 100 km from Dhordd, the place of annual Rann Utsav in the white desert of Kutch. Pir Ghaus Muhammad tomb and Gurudwara Sahib are famous places in Lakhpat. It is believed that Guru Nanak, Sikh Guru visited here twice during his journey called Udasis.

Lakhpat is also a sub-district of Kutch, which has its location at the opening of the estuary, i.e. a rivulet provoked by the water tides, in the huge Rann of Kutch. Lakhpat has its special fort walls, belonging to the 17th century, which surrounds it tightly, as are 7km extended.