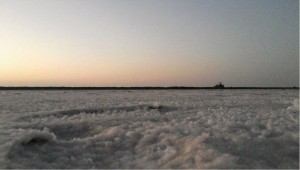 The inner run of the water from sea in little rann of kutch make the sanctuary a marshy ground and allow a large diversity of the wild animals to reside at this place. Irregular grassland also called as baits make the major vegetation in the rann of kutch.

A fiat, salt-cracked vast barren desert, hissing sand storms and the majestic ghudkhar roaming over mirage waters make the little rann of kutch a unique and one of the most fascinating wilderness of the world.

The stunningly open, salt-encrusted plains of the rann of kutch covers tens of thousands of sq.km’s of north Gujarat, bordering the arabian Sea to its west, rajasthan & Pakistan to its north and the indian mainland to the south and east – a unique haven for desert adapted wildlife.

The focus of the wild ass wildlife sanctuary is to protect and preserve these creatures, and to educate the public However, the wild Ass is not the only resident of the sanctuary. In fact, it boasts many animals including snakes, crocodiles, spiders, crustaceans, insects and lizards, as well as Blue Bulls, Chinkaras, Desert

The wild ass wildlife sanctuary in gujarat offers visitors safaris to ensure that they witness as many animals enjoying their natural habitat as possible. These safari tours are conducted in open-air jeeps during the early morning and late afternoon or evening, as these are the hours in which most of the fauna is making its way into the coolness of the day, rather than in the hot daytime. These trips are always conducted by a qualified guide, who will inform travellers and answer their questions.

The gulf of kutch lies on the migration route of many bird species thus making it a nesting site for approx. 75,000 birds every year. Situated to north west of ahmadabad. More than 100 species of birds are found here and many migratory birds nest and breed at this sanctuary. LRK & Thol key species consist of mcQueen’s bustard, common crane,egyptian vulture, indian spotted eagle, a variety of harriers, greater flamingo, dalmatian pelican and greater hoopoe Lark

It will be a memorable experience was to go wading knee-deep into the warm waters of a salt marsh with thousands of flamingos around.

Explore the world of wild life with us!!!